Re-Enacting What Occurred a Century Ago Near Tumbler Ridge 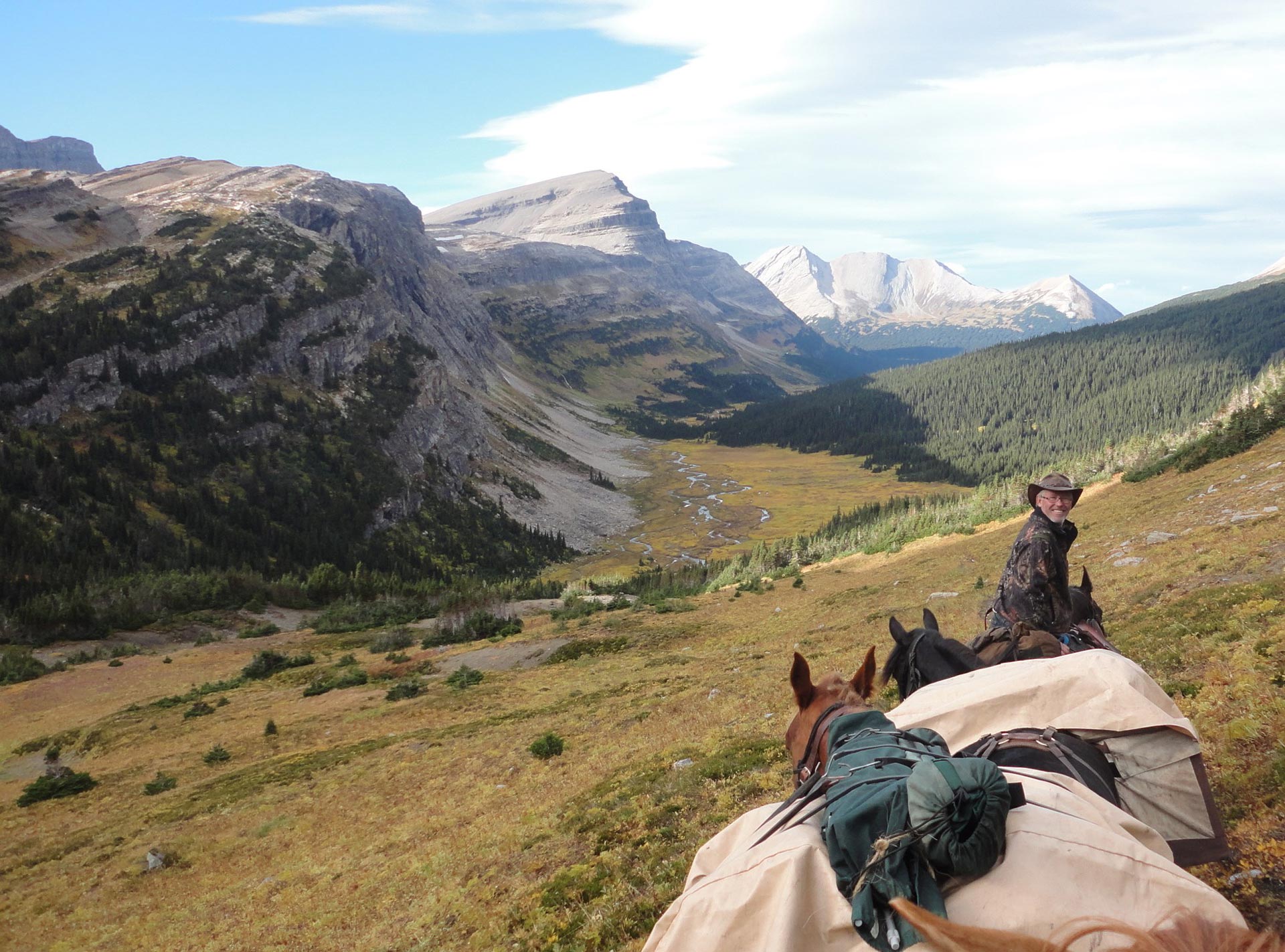 Three recent articles in Tumbler Ridge News have celebrated the centennial of the 1914 Samuel Prescott Fay expedition and the beginning of our written history. Fay led a party of five men and twenty horses on a scientific and exploratory expedition from Jasper to Hudson’s Hope, passing through what is now the Tumbler Ridge area. These articles have allowed us to enjoy Fay’s exploits and achievements in armchair fashion, as we considered his century-ago arrivals, descriptions and photos of Kinuseo Falls, the Big Flat (Tumbler Ridge) and Gwillim Lake.

For some of us, the connection with our past, and the desire to make it more meaningful, goes deeper than that (and also provides an excellent reason for some great outdoors time). One such Tumbler Ridge resident is Randy Gulick.

Some years ago I co-authored a book with Mike Murtha on the Fay expedition, called “The Forgotten Explorer”. Randy somehow obtained a copy, and found enough in Fay’s pioneering diary descriptions of our mountains to intrigue him. Randy knows these mountains as well as any person alive, and is as tough and skilled as they come in the art of wilderness survival. So, for the past few years he has been planning a re-enactment of the most challenging and interesting section of Fay’s route.

The obvious time to do such a trip was the centennial, so he set off in early September for Hinton with his friends Ken and Pam Binks of Teepee Creek, was then joined by Gordon Gulick and Gary Riendeau in Grande Cache, and has just returned. The statistics are impressive and are surprisingly similar to those of the Fay party: sometimes three, sometimes five men; between twelve and eighteen horses; covering two hundred and fifty-four miles in twenty-one days. They eventually emerged at Sherman Meadows having followed Fay’s route as far as Jarvis Pass, following the eastern side of the Divide through the most spectacular terrain. Their plans are to finish the trip from Jarvis Pass to Tumbler Ridge next year.

A Global Geopark is all about connecting – with the earth, with our history and geography, with our past and how it influences how we think and act today. It is an inspiring notion that on the very day (September 22nd, 2014) that our delegates were in Stonehammer, New Brunswick, receiving the Tumbler Ridge Global Geopark designation, one of our residents was in our mountains, connecting with what happened here a century ago, and making his dreams into reality.