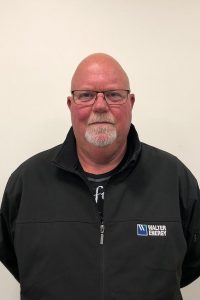 Allan Kangas graduated from Queen’s University as a Mining Engineer in 1981 and has been a resident of Tumbler Ridge since 1985 when he joined the Quintette mine.  His work experience includes progressive duties with Teck Corp at the Quintette and Bullmoose mines till 2006 when he joined Western Canadian Coal and subsequently Walter Energy where he was Vice President/General Manager of Canadian Operations.  After the closure and subsequent bankruptcy of the Walter Mines, Allan worked with the bankruptcy team to complete the sale of the mines to Conuma Coal with whom he worked to start-up the three local area mines.  In the spring of 2017 he decided to semi-retire and begin his own consulting services company.  Allan and his wife, Sue, are both long term residents of Tumbler, have 5 children and 3 grandchildren, two of which live in Tumbler.  They all enjoy the northern B.C. lifestyle and their home of Tumbler Ridge.