The Bergeron Cliffs, on the southern slopes of Mount Bergeron, are part of the Kaskapau Formation, which is formed from sediments deposited in the Late Cretaceous Period (about 93 million years ago).

The Bergeron Cliffs extend unbroken for over a kilometer, and the trail follows the clifftop, meandering in and out of the stunted pine forest, with spurs to spectacular viewpoints (please avoid approaching the precipitous cliff edge). Only at the farthest end of the trail, where the cliffs peter out, have they been eroded into large blocks of intriguing shapes and sizes. In 1919 the Mount Bergeron ridge was first marked on a map as “Tumbler Range”, which was then changed to “Tumbler Ridge” on a 1920 map. It is said that the name originated from rocks tumbling down the slopes. If so, the rocks at the top end of Bergeron Cliffs would have been the most likely source, and ultimately would have given the community of Tumbler Ridge and the Tumbler Ridge Global Geopark their names.

British Columbia’s first accumulation of dinosaur bones was discovered in 2002 in rocks of the Kaskapau Formation, just across the Murray River in Quality Canyon. Over 300 bones from a number of different types of dinosaurs, fish, crocodiles and turtles, plus a variety of clams and plants, were found and excavated in the early 2000s in an ancient Cretaceous log-jam, within sediments deposited by an ancient river channel.

Training for the Emperor's Challenge

The Bergeron Cliffs hiking trail provides a good training route for runners preparing for the Emperor’s Challenge (which leads over the summit of Mt Babcock, one of the mountains on the horizon). In places there is an airy, “running on the edge” experience.  From the viewpoints there are extensive views of the Murray River valley below, which was relatively recently (just 12000 years ago) at the bottom of Glacial Lake Peace as the immense Pleistocene Ice Sheets melted. In the middle distance lies the community of Tumbler Ridge, and the horizon is formed by the Hart Ranges of the Rocky Mountains.

The area is part of the Western Canadian Foreland Basin, and during the deposition of the Kaskapau Formation was on the western edge of a shallow inland sea (Western Interior Seaway) that at times extended from the Arctic Ocean to the Gulf of Mexico, effectively dividing the continent into two halves. Rivers flowing into this sea from mountains to the west deposited sediment in deltas, and the sea level rose and fell repeatedly. This led to what are now alternating layers of marine and non-marine (terrestrial) rock layers.

The Kaskapau Formation is up to 900 metres thick, and is composed mainly of marine shales and mudstones, interrupted by five deposits of thick-bedded sandstone, some of which represent ancient coastal beach environments. One of these sandstone tongues, the Tuskoola Sandstone, forms the Bergeron Cliffs. The cliffs are a fluvial (deposited by rivers) coarse sandstone unit which has cut into the marine shoreface sandstones. The prominent undulating erosion surface at the bottom of this unit, and the noticeable thickness variations, are typical of fluvial channels. The fluvial sandstone, being much harder than the underlying shoreface sandstone, allows for the formation of vertical cliff faces, and overhangs below it.

At the top of the Tuskoola Sandstone, which the trail follows, there is an abrupt transition to a marine transgressive surface, where rising sea levels caused this layer to be overlain by marine sediments. Below the cliff band there are attractive overhangs and small caves – a spur trail leads to the bottom of the cliffs, from which these features can be enjoyed and explored. 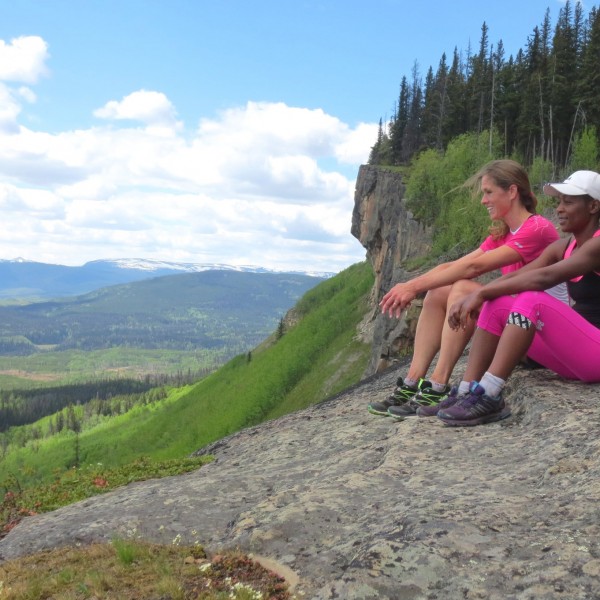 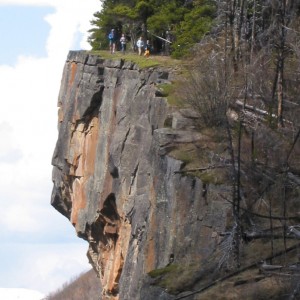 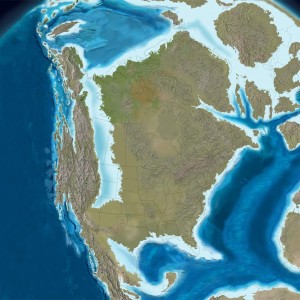 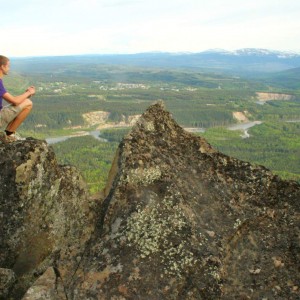 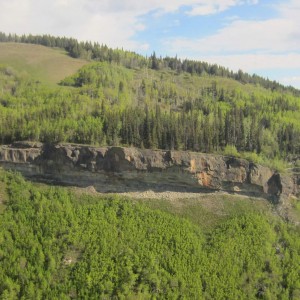 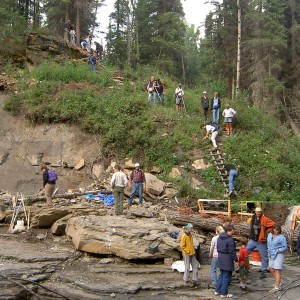 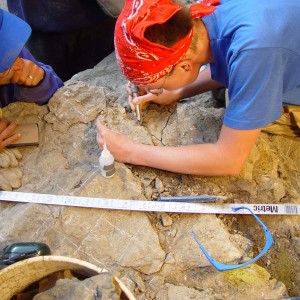 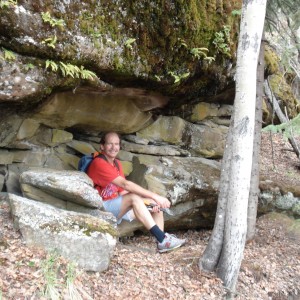 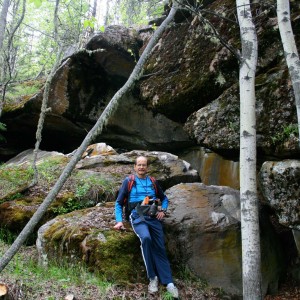