**Not accessible by vehicle in Winter Months

Kinuseo Falls are the largest in the area and considered by some to be the crown jewel of our Geopark.  As these are a cascade they produce a lot of spray from top to bottom lending themselves to fantastic photos and a cooling mist.

The Drive to Kinuseo Falls passes by four significant side trips.  Nesbitt’s Knee, Barbour Falls, The Stone Corral, and Greg Duke Memorial Recreation Area are all great ways to round out a day trip to the Murray Valley.  They’re also a great excuse to bring a tent and stay for a night or two to see it all.

The 150 metre trail to the main Lower Viewpoint platform at the brink of the falls is disabled-accessible. The trail to the Upper Viewpoint is steeper and longer, and provides a different view of the falls. This trail carries on for another kilometre (it is sometimes closed), winding down to the river bank downstream. There is a good view of the falls before the final descent, made even better by diverting right for another 100 metres down a spur trail to the top of a series of bluffs. This was the site of R.E. Leake’s famous photo of the falls taken in 1938. Some people also hike down the steep route known as the Chute to the huge pool at the base of the falls. This is not an official or approved BC Parks trail. This route is not recommended for use by BC Parks, due to many hazards which threaten public safety.

In early afternoon on a sunny day a rainbow is visible in the spray from the platform at the Lower Viewpoint. Osprey can sometimes be seen fishing in the pool below the falls. A great whirlpool traps, sculpts and polishes many of the logs that go over the falls.

As time passes the steepness of the slope forming the falls will decrease due to the Murray River’s erosive forces. In the distant future it will change from a free-falling cataract to a series of cascades, and finally to rapids. The ultimate fate of Kinuseo Falls can be contrasted with Niagara Falls, with which they are sometimes compared. Niagara Falls has moved upstream (receded) by 11 kilometres in the last 15,000 years, but has maintained its height of 50 metres. This is related to more horizontally aligned rock layers, which lie on top of softer layers which are eroded more readily. The parallel layers of rock over which the Murray River plunges to form Kinuseo Falls are composed of marine siltstones and sandstones which were deposited in deep water during the Triassic Period, about 250 million years ago. Further south, near the camp ground, the rocks are composed of limestone, deposited in shallow water in the Mississippian Period. This abrupt transition between rocks of such differing age is known as an unconformity. In the intervening 65 million years (which includes the entire Permian Period) there
was either a lack of deposition or else erosive forces predominated. 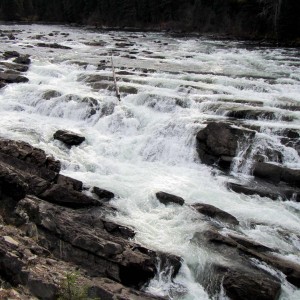 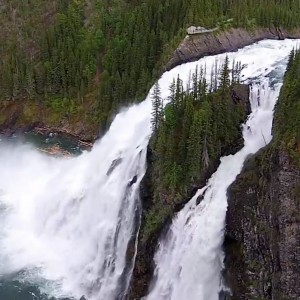 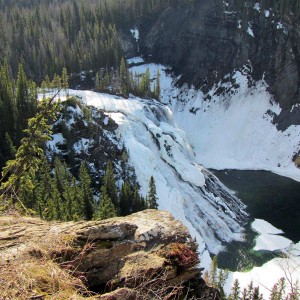 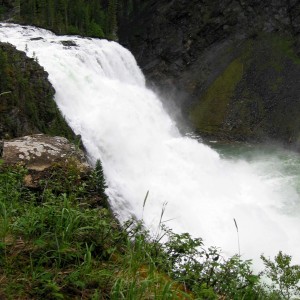 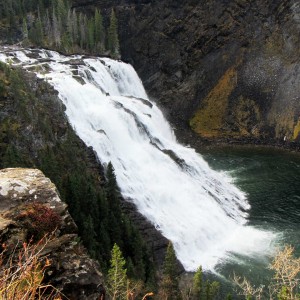 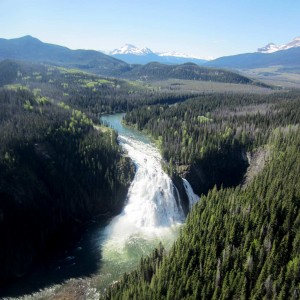 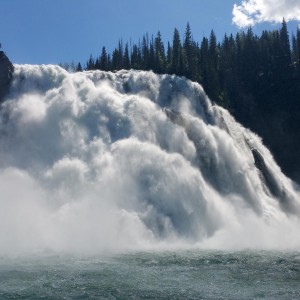 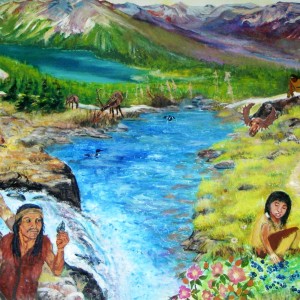 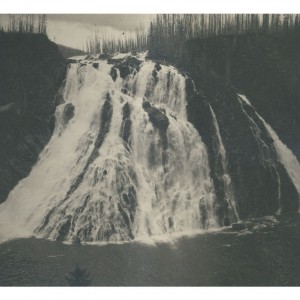 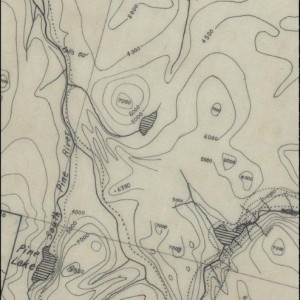 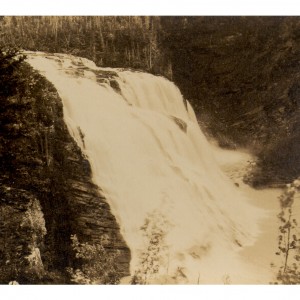 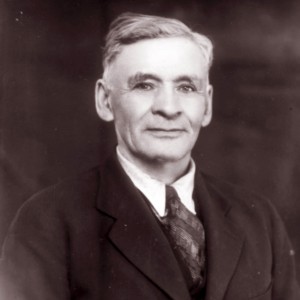 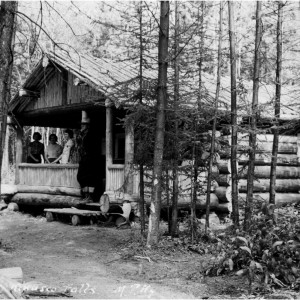 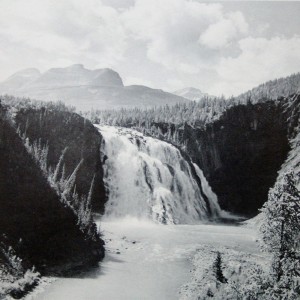 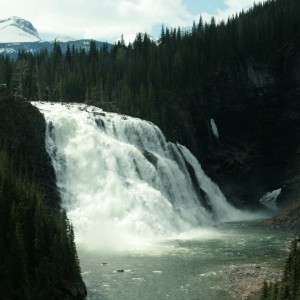