The 670 metre ascent to the top of Pinnacle Peak leads through an old cut-block, a thick forest of fir and spruce, an avalanche chute, and along an alpine ridge. The rewards for this hard work are great: spectacular mountain views with intriguing geological features and fossils, and a summit climb which looks challenging from a distance but turns out to be a simple scramble. There are fine views of the Windfall Lake area, Sentinel Peak with a glacier on its eastern flank, and Mt Crum with its distinctive anticline.

The limestone rocks preserve the remains of creatures that inhabited this offshore sea. We find trilobites, brachiopods, crinoids, blastoids, ammonoids, clams, bryozoans, and a variety of invertebrate burrows. The easiest fossils to recognize are the corals, both the solitary (rugose) and colonial (tabulate) forms. These types of corals went extinct at the end of the Permian Period. Just below the summit of Pinnacle Peak the route passes an impressive bedding plane exposure which contains numerous coral fossils.

The rocks encountered along the route are from the Mississippian Period (359-323 million years ago). In some other parts of the world rocks of this age contain the remains of ancient forests, and have yielded abundant coal resources. By contrast, rocks of this age in the Tumbler Ridge area were formed from sediments deposited on the floor of a balmy, shallow sea, about 20˚ north of the equator, off the shore of the continent of Laurentia. Near the summit the parallel bedding planes have been steeply titled by the mountain-formation process, and lie at an angle of 60˚ to the horizontal. These limestone rocks are from the Rundle Group – initially described on Mt Rundle near Banff, Alberta.

One of the distinguishing features of limestone rocks is their soluble capacity in water containing dissolved carbon dioxide, resulting in caves and tunnels. Explorers may find small limestone caves in the rock layers below the alpine ridge section of the route. Sometimes animals fall into such caves and cannot escape. The alkaline environment is excellent for preservation of their remains, yielding information on animal life in the Pleistocene Era.

From Tumbler Ridge, drive north towards Chetwynd on Highway 29 for 25 km to the turnoff for the former Bullmoose Mine.  Follow the Bullmoose mine road for 17 km and turn left onto the Windfall Creek Forest Service Road.  This turnoff is just before an electrical substation.
Follow the Windfall Creek road for 23 km.  This road climbs over a pass at km 14 and goes by very scenic alpine areas.  Turn left at km 23 and
follow this side-road for 1.8 km until it ends at a crossing of Windfall Creek, where the bridge has been removed. 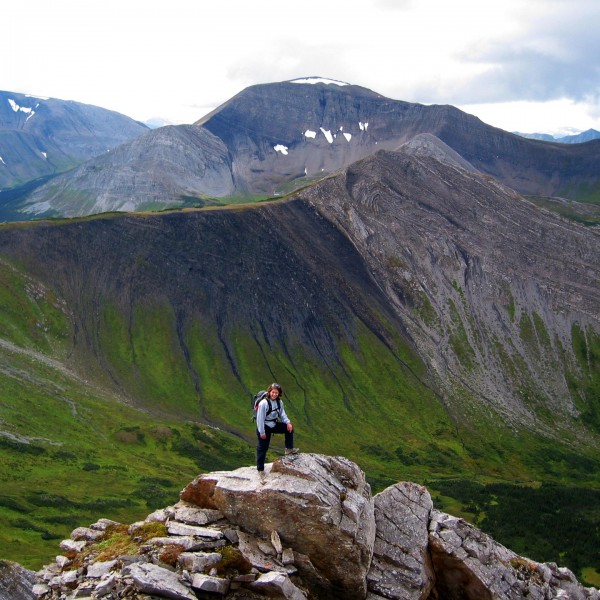 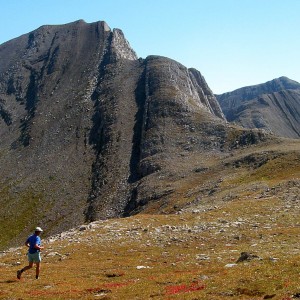 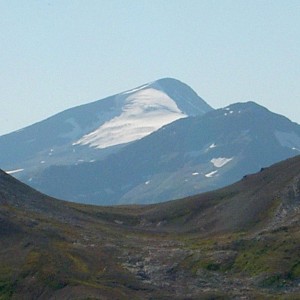 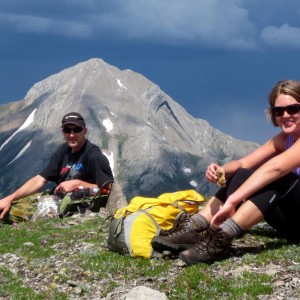 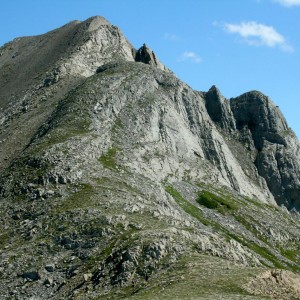 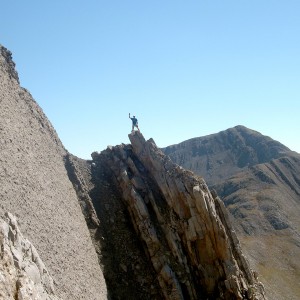 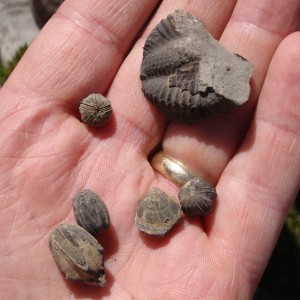 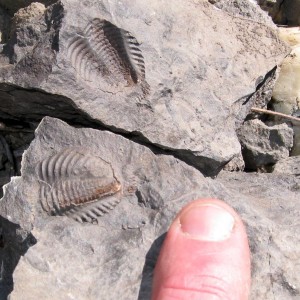 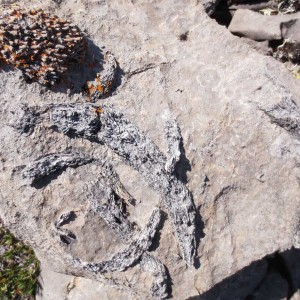 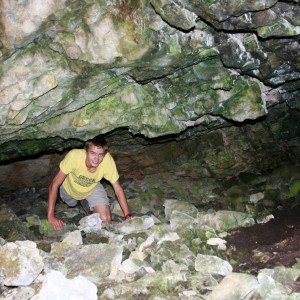 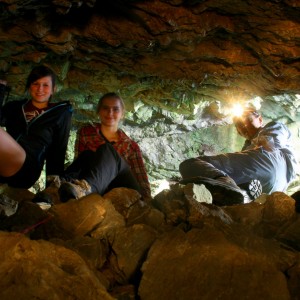 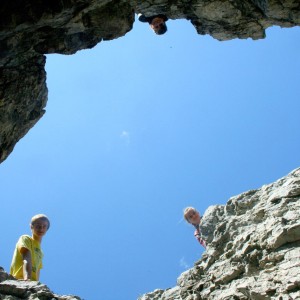 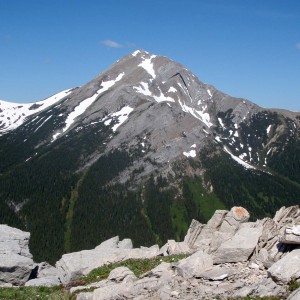 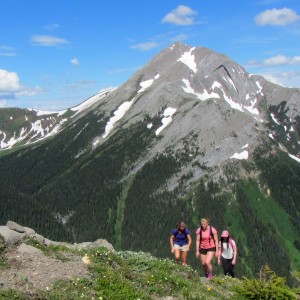